At the Bonanza Banquet in Örebro it was announced that next year´s Bonanza will be held in Västervik. Kalmar Turf association is the organizer. Welcome to Västervik May 21st! You can get a taste of what awaits via THIS teaser video.

As you can see on the bottom of the page at Turfgame.com we are getting close to the insane number 100 million visited zones.

How should we celebrate?

Scotland, Scotland and Scotland!! Congratulations to the winners of round 135: Artful from Edinburgh, Scotland was the round winner in September with 5.883 takes and 1.377.693 points. Really impressive! Just behind, with the Silver medal, we find pPilot and the Bronze medal goes to TSFeTaTo. Where do they come from? Region Scotland of course! In fourth place we find féarglas from Scotland and in fifth place Gallant from Kalmar.

During the September round many turfers fought in this region battle. Nine teams and a total of 404 turfers participated. Region Åland won the battle, followed by Scotland, Västmanland, Kalmar and Östergötland. Congrats to all the turfers in team Åland. You can pick up the trophy at the Bonanza banquet in Västervik on 21 May 2022. The turfer MaXi is the organizer of the Region Fight. Many thanks to him and to Linus Odenring who provides the results via turfportalen.se

Here are some comments that have been published on Facebook by the team leaders for Åland and Scotland.

Aicar - team leader for Team Åland: ”I am incredibly proud and impressed with the efforts of our team. Very many have overperformed (turfers who said before that you would drive in 80 - 100,000 points, but hava taken more than 200,000 points), everyone has been involved and contributed and above all we have had a team that consists of just over 30% more participants than the minimum number! One of the turfers who has been in the regional fight before has cycled a bit over 1000 km and he came in 10th place in the internal ranking! A big thank you to MaXi who arranged the competition, to all the hikers in Team Åland who performed incredibly well and above all had fun (I have heard many say: "This was very fun!") and to all participants in the opposing regions where I especially want highlight Kalmar and Scotland that we fought the most against during these 4 weeks of taking some extra points in each category!”

David Parker, Team Scotland: ”Congratulations to Åland and all of the teams and turfers in the Turf Ultimate Regional Fight 2021. Many thanks to MaXi for organising such a wonderful competition. It's been a lot of fun in Scotland and has brought many turfers together with a great all round effort! We've really enjoyed competing and watching the efforts of the other teams. Looking forward to many more happy Turf experiences!”

Most taken zone in September

During the region fight, there was clearly an increased Turf activity in the participating regions. In the winning region of Åland, the number of takes more than doubled compared with the summer months of June and July. In central Mariehamn on Åland, we also find the zone that was taken the most times in the world during September. The zone SteelHelp was taken 803 times in 28 days, which gives an average of 28.7 times / 24 hours or 1.2 times per hour!! Hard wear on that zone in other words.

The new Daily Medal has attracted a lot of attention. The medal is awarded to those who make 5 takeovers every day for 10, 30, 60, 90, 180 and 365 days straight (UTC time). Right now we have 555 turfers who have received Daily 30 and 947 who got Daily 10. TXL from Skåne was the first turfer who got Daily 30 followed by aivar and recycling. Now it will be exciting to see who will be the first turfer to take the Daily 60 medal in November.A good tip on Day 60 is to wear the crown when the clock strikes 00.00 (UTC time), stand in one zone and have four more zones close by. On the other hand, it is not most important to take it first. The most important thing is to take at least five zones every day so you get your daily exercise!

Bonanza planning and other upcoming events

As you already know, next year’s Bonanza will be held in Västervik on May 21st. Kalmar Turf association will soon release information on how you can book discounted accommodation in hotels or in rented cabins at the giant campsite Västervik Resort, where the Bonanza banquet will be held. The information will be published on kalmarturf.se. Information will also be disseminated on Facebook.

Now the process also begins to designate where Bonanza 2023 will be carried out. Turf Crew will release an inquiry to all known associations shortly. Associations outside Sweden can register their interest in receiving the material in English by emailing events@turfgame.com

Are you waiting for an exciting and challenging event invitation to appear? Keep your eyes open during October! You will not think it's true when you see it!

Germany has received the first Round medal

Last Turf Insider we talked about Country medals. Now we want to draw attention to the fact that a turfer from Germany received his first Round medal. We congratulate Marcus_P from Hamburg who in round 134 won the Bronze medal with 1,037,687 points and 2,848 takes. Activity is increasing in Germany and in the Hamburg region there are approx. 30 active turfers. Turf has now attracted attention in a German podcast – EnJoyYourBike Podcast - which is available on YouTube (Podcast # 63).

Keep on turfing in October and don’t forget to take at least five zones every day and …… perhaps even that extra zone!

On the day of the Bonanza 2021, a new version of Turf was released featuring the new medal serie DAILY. The aim of Daily is to take at least 5 zones per day (takes, assists or revisit are all supposed to work) for 10 days to get the first medal. The highest medal is rewarded to those turfers who remembers to take five zones per day for 365 days...go go go! 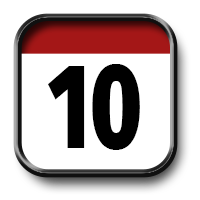 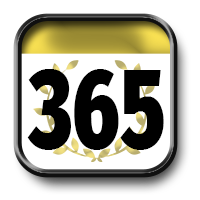 Don't miss out on Hdaskydrone, who is currently cycling across Sweden on his electric bike for a good cause.

The route is 2.600km long and goes from Treriksröset to Smygehuk. He has currently made it 300km.

You may also support his good cause by donating to the Swedish Childhood Cancer Fund.

If you want this year's Bonanza T-shirt, you have to order it before the 16th of August. And why not sign up for the Bonanza event itself and the banquet in the evening at the same time? Click HERE.